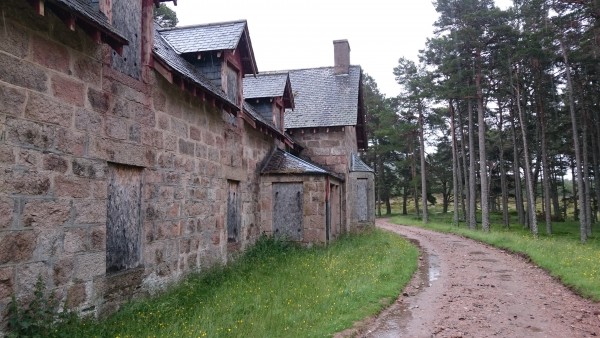 When I set off up the track from the Linn of Dee (an impressive gorge) I had no idea how long I was going to be walking for. It was fairly late in the afternoon, because I had driven over the hills to Braemar, after dropping Mr B2 and his bike in Aviemore at the start of his Lairig Ghru mission. I have discovered that one of the great things about a Scottish summer is that you can pretty much walk for as long as you like and still have daylight (we only saw dark once on our whole trip, and that was at one in the morning).

The plan was that I would walk up Glen Lui (Valley of the Calf) and meet Mr B2 as he emerged from the mountains. Initially I didn’t want to walk far, and was planning a little river Bimble; but Scotland (and holding a map) does strange things to these sorts of plans, and my pace was soon increased as I became determined to reach Derry Lodge before Mr B2 reached me. 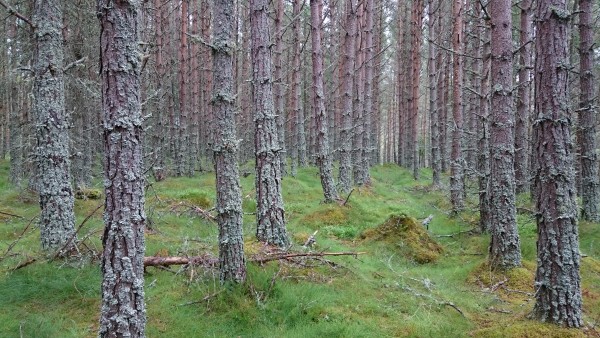 The track was easy, and once through the short forest path from the car park (still no red squirrels), I had the novel pleasure of navigating by river meander. 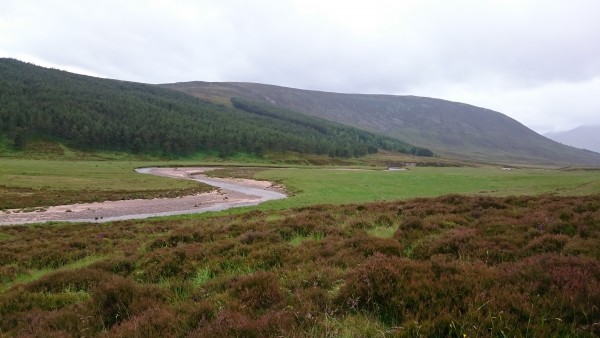 The river was slow moving in places and in others bubbly and excitable. There were some interesting ruined settlements along the way, I have since found out the the tenants of these were evicted after a Jacobite rising in 1726. Like Lui Water, I was moving quite fast but, also took some time to admire its flow under the Black Bridge (and wished for my togs and a swim). 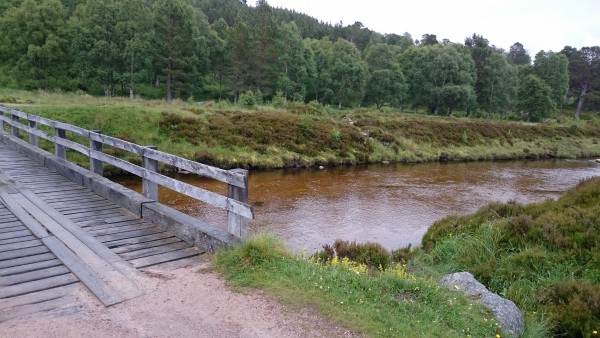 On an easy (although more uphill than it looked) walk like this one, my mind tends to wander. I found myself planning my new job role as the manager/caterer/jolly nice person at the Derry Lodge Hostel. I had menus, chats with international guests, Landrover drives in and route ideas all planned by the time I reached the boarded-up lodge. Buildings with boards across their windows are quite eerie, they always look to me as though their eyes have been bandaged.

I sat for a while before heading back; taking in my surroundings, eating a jam sandwich and wondering if I would see Mr B2 that night (he had his bivvy bag with him so I wasn’t too concerned). It was a fabulous spot and I wanted to venture further; but decided that should I have missed Mr B2, he would start to worry about me if I wasn’t at the truck when he got back (plus I had the keys). 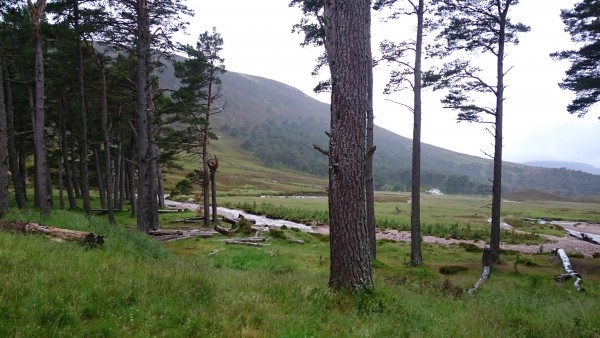