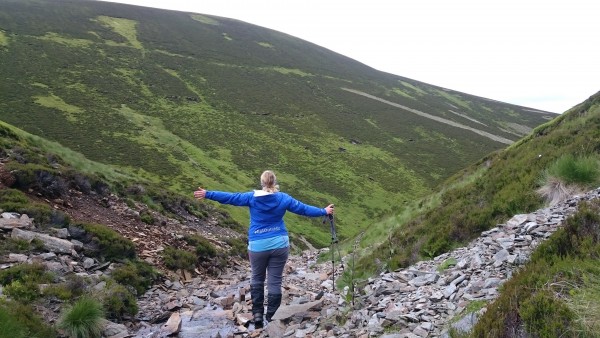 I have been busy writing kit lists this week. Kit lists for press trips, kit lists for navigation workshops and kit lists for wild camps. I have also been writing the ‘What to Wear’ chapter for our forthcoming book, ‘The Girls’ Guide to the Outdoors’. All of this has made me very happy as I love kit and I love lists (I also quite like telling other people what to do). One question that often arises when the weather is warmer, however, is the, ‘Should I wear shorts or trousers for walking?’ one.

Obviously, every walker has a right to make his or her own decision on this but we Blondes would, even in the hottest of weather, always recommend long trousers for walking. Here are 3 good reasons why: 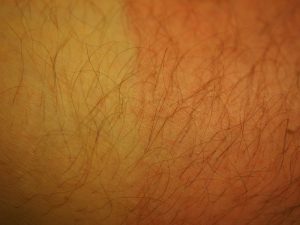 Sunburn can creep up on you out on the hills, sometimes even more so than on the beach. Hillsides can seem cool but they leave you just as exposed to the sun as your beach deck chair (maybe more so because, if you think about it, you are nearer to the sun up a hill). We all know the risks of skin cancer associated with sunburn but sometimes forget that it is just that, a burn. If you get sunburnt you have an injury! Burns can leave you dehydrated and uncomfortable, two things that you definitely want to avoid. Besides which, anyone who has had walking sunburn will tell you about the embarrassment of two-tone stripy legs, it isn’t an attractive look! 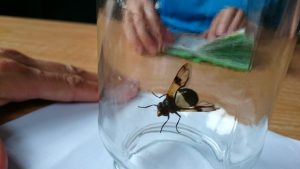 We Blondes have been bitten by a fair few insect-type nasties during outings on the hills. There were the clegs on Exmoor, the midges on Dartmoor and the ticks in Scotland. We have given them all a collective noun but it isn’t one that we can repeat here. It has to be admitted that some of these nasties will bite you through thin trousers but they are far more likely to do so if you have exposed your tasty limbs to them. Insect bites are irritating, leave you at risk of infection and can cause an allergic reaction. Once again, think about how your beautiful pins are going to look covered in red lumps and swollen with itchiness!

Chafing is not pretty

We have seen macho teenage boys reduced to tears by chafing. Chafing is the result of fabric or skin rubbing on skin. There is always the possibility of chafing with long trousers but shorts give far more opportunity for the rub-of-doom because the place that they end (particularly on ladies) is likely to be a place where the legs touch. Bad chafing can bleed and also runs the risk of infection. It is also unattractive and although you are unlikely to be spreading your thighs in full view, you really do never know when you might want to do it under more private circumstances!

So… we know that there will be lots of you out there this summer who always wear shorts, never get sunburned, can scare off insects with a stern look and wouldn’t deign to chafe. However, for the rest of us mere mortals, we Blondes would definitely recommend long trousers over shorts when out on the hills.