Whilst I was at Peppercombe Bothy last week I think I had a Blonde moment. I told you yesterday that it took me 2 hours to open the bothy door… here’s why.

As the track to the bothy got narrower and narrower Mr B2’s truck seemed to, rather disproportionately get wider and wider. I made it safely through the top gate, down the lane, up a bendy, narrow track, through the bottom gate (quite capably undoing the number coded padlock) and then I had to come to a stop because there was a ‘no more driving’ post. 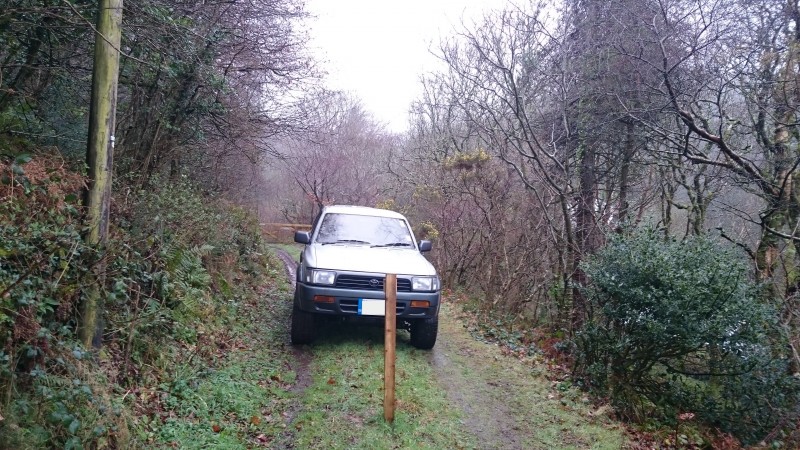 At this point I had some mild concern about my ability to reverse the truck out down said bendy, narrow track but cheered myself with the knowledge that I was there for the night and by the time I had to do any reversing my lovely bothy-companion Mary Ann would be there to help.

I donned my rucksack and walked down to the bothy (see yesterday’s post for a description). All was perfect except that I couldn’t make the code on this padlock work. I was sure it was my fault but I tried backwards numbers, the number from the gate padlock and shouting at an inanimate object… all to no avail. There was (quite rightly) no phone signal at the bothy and my time on Exmoor had taught me about the unpredictability of such things in North Devon. I had no choice (after checking the windows and considering a break-in) but to drive back towards Bideford and hope for some way of contacting the National Trust. 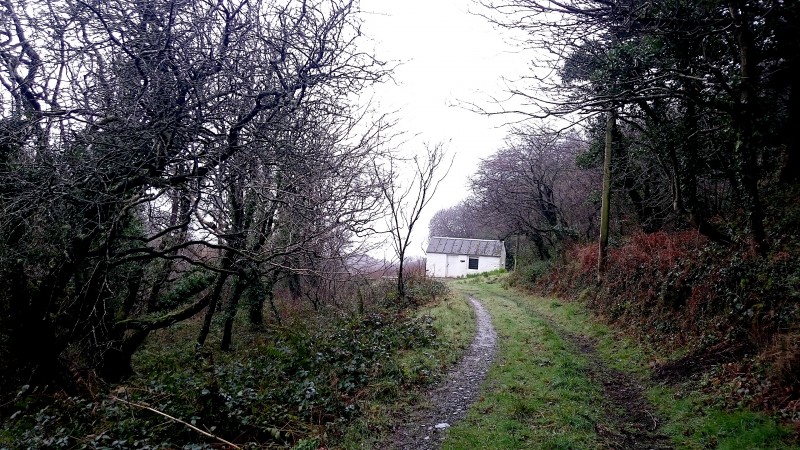 This obviously meant the narrow reversing that I had been trying to avoid and I then had to drive down the lane further in the hope that there would be somewhere to turn around. All this took me sometime and when I finally reached the top gate again I realised that dark was on its way and that my next reverse might not be in daylight.

There was weak signal at the top of the lane so I parked in the pub car park and tried a few Blonde methods to make contact. I always find that Twitter is the most loadable social media in times of low data so I broke a Blonde rule (that of ‘never tell the whole world that you are alone in a dark place’) by posting a ‘help this Blonde’ message on there. I also managed to get hold of Mary Ann who was on her way by train and she tried a couple of contacts that she had.

In the meantime I felt that I needed to apologise to the pub landlord for parking directly under his ‘customers only’ sign. He looked a bit fierce so I am afraid I did that girly thing and shook my hair out to look more presentable before I went to talk to him (I believe this is called maximising your assets). The hair must have worked because he was very nice and told me that other people had said the bothy door lock was stiff.

I waited a while longer and had just decided to go down the lane again while it was still dimpsy when I had a message to say that there was a button on the bottom of the padlock that needed pressing before it would open.

This is probably the kind of padlock science that most people would have been able to do straight away, but I, being Blonde have only my hair… and apparently the ability to reverse a big truck down a little muddy track!

Of course the padlock worked perfectly the second time and I felt a bit silly (well a lot silly) but then, as I said to Mary Ann, that is how the Blonde name came about in the first place… it was never really anything to do with hair!