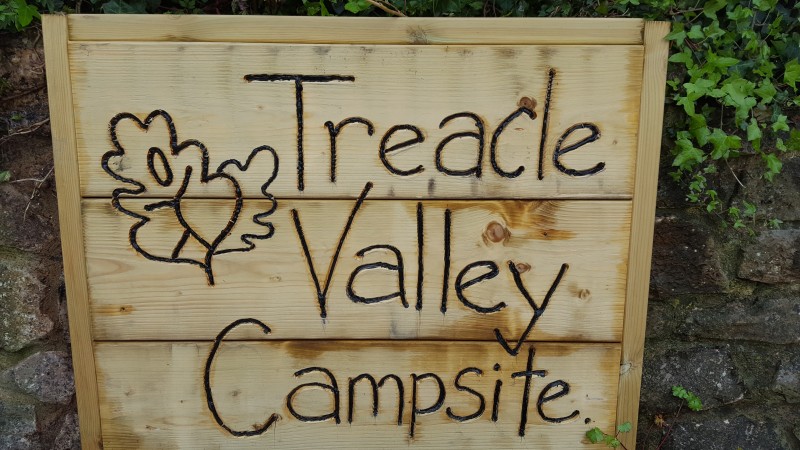 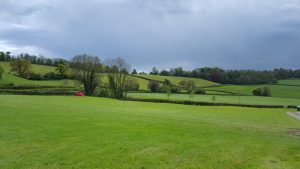 The recent Bronze DofE expedition was based around our normal campsite at the picturesque hamlet of Daccombe. We’ve been using Manor Farm campsite for years and intend to continue doing so for many more years to come. On our arrival at Manor Farm recently we were in for a bit of a shock though … the sign had changed. Manor Farm had changed to Treacle Valley Farm. We were a little bit perturbed I can tell you. Some things are ok to change and some things are not. This, in our opinion, was not ok to change. 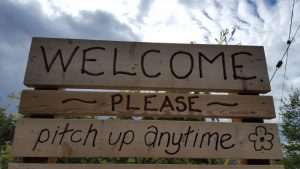 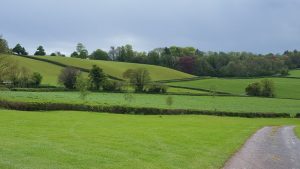 When I spoke to Alan, the campsite owner, I gently asked him about the changes and was instantly proved wrong about my concerns. He told me that when he was younger his dad used to tell him that there was a treacle mine in the valley below the campsite. So it turns out that there’s a lovely story associated with the name change. From a business point of view Alan suggested that there are also too many Manor Farms in Devon (he’s quite right about that).

I’ve heard of people using ‘treacle mines’ as a joke before. You know the sort of thing designed to trick the gullible: go and purchase some tartan paint or some sky hooks. I looked up treacle mines when I got back home and found that it’s quite a common joke in Devon but exists elsewhere too. Apparently some of the mines on Dartmoor produced a substance called micaceous hematite that was used with ink. This substance had a shiny black residue that looked like treacle, so these mines were locally called ‘Treacle Mines’.

I’ve said it before, but I’ll say it again … I love the fact that I learn so much interesting stuff through writing blogs!